[Infographic] Fathers Behind Bars: The Problem & Solution for America's Children

There are 2.7 million children with a parent in prison or jail. Ninety-five (95%) of all inmates will eventually be released. Ninety-two percent (92%) of parents in prison are fathers. Most—2 out of 3 inmates—will reoffend and be back in prison.

When it comes to fatherhood and prison, we are locking too many dads in jail with little to no help. The fathers behind bars are not connecting with their families from behind prison walls or upon release. These dads need help. They need our help or they are likely to reoffend.

The father absence crisis in America is real. When we talk about father absence, we mention the U.S. Census Bureau's statistic that 24 million children—one out of three—live without their dad in the home. Over 13,000 of you have viewed The Father Absence Crisis in America. We received lots of feedback on that post. Some readers said, "Great, now we know the problem; what's the solution?"

Well, the truth is, there's one answer: The solution to father absence is father presence. Our job here is done. You're welcome. Please visit our donate page....oh wait, that's not enough information, you say? You need more? We thought you might need a more helpful response to this problem. So, we decided to break down the problem into workable numbers and be sure you know what NFI is doing to fix the problem.

Here's what you need to know

Fathers Behind Bars:
The Problem for America's Children

Here is the problem related to father absence and prison in two stats:

Having a parent who is incarcerated is now recognized as an “adverse childhood experience” (ACE), which is different from other ACEs because of the trauma, stigma, and shame it inflicts on children. The number of children with a father in prison has grown by 79% since 1991. Recidivism is a huge, national problem.

Fathers Behind Bars:
The Solution for America's Children

1) Reducing Recidivism: Reentry initiatives that contain NFI's fatherhood programs have been found to reduce recidivism by 37%. We can all agree it is ideal for men to get out of prison or jail, become a successful, contributing member of society, and stay out. Giving incarcerated fathers a vision that they have a unique and irreplaceable role in the life of their child along with increased confidence and changes in attitude and skills is a powerful motivator for successful reentry. Fathers who are involved with, and connected with their children and families prior to release are less likely to return to jail or prison. In fact, some individual states have conducted evaluations that connect the use of IoD along with other interventions to reduced recidivism. It has been said, “Idleness is a devil’s workshop”. Facility safety is of utmost importance in the corrections environment and benefits the Prison/Jail warden(s) as well as fellow inmates. Fatherhood Programs in particular can help to engage inmates and encourage good behavior. By connecting inmates to their role as a man, and specifically as a father, they are more engaged in that aspect of their life and in turn, can help to create a peaceful, contented environment as much as possible.

In addition, men who participate in fatherhood groups often create a bond among members, which generates good morale. Good morale is important for safety and there are less disciplinary infractions.

By connecting with their children, incarcerated fathers are motivated to maintain good behavior to keep visiting rights, which is beneficial for both the facility and correctional officers working with them. In addition, research shows that fathers who connect with their children (and families) prior to release have a higher likelihood of staying out of jail/prison.

InsideOut Dad® addresses the marital/family domain that is concerned with an offender's family relationships, including: A study by the Vera Institute of Justice found the strongest predictor of success upon reentry was the perception by the person released that he/she had family support.

Why does all of this matter? Well, because you and I are paying for what doesn't work and we have been for years.

It's time for a solution that's cost effective for taxpayers and facilities: InsideOut Dad® program costs just $600 for the first 10 fathers, then sustained at only $10 per father. Because the program can contribute to reduced recidivism among fathers, the potential cost savings are huge. It costs an average of $29,000 per year to incarcerate a parent. It costs an average of $29,000 per year to incarcerate a parent. InsideOut Dad® program costs $600 for the first 10 fathers, then sustained at only $10 per father. 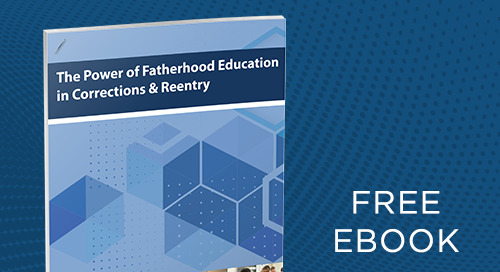 The Power of Fatherhood Education in Corrections and Reentry eBook 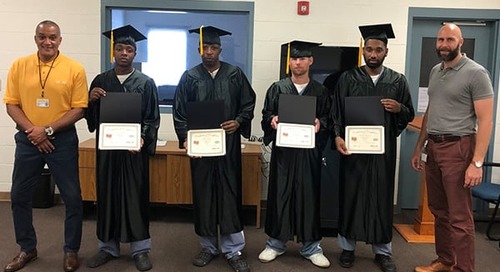 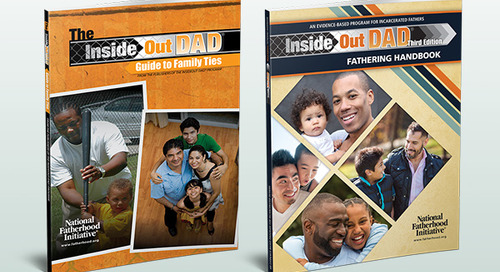 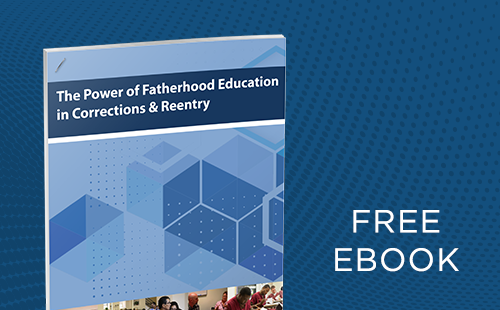 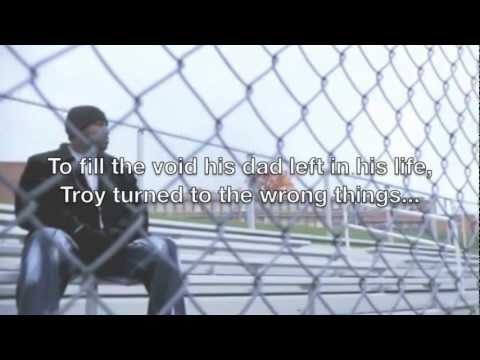 3:44
Connection: The Troy and Xavier Story

Troy Gaines grew up without his dad. To fill the void his dad left in his life, Troy turned to the wrong things. In 2002, Troy was sentenced to prison. He left behind his one-week-old son Xavier and h 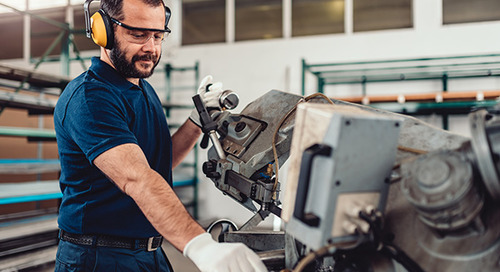 Free Resource: How Dads (and Moms!) Can Earn Their Degree and Get Hired After Incarceration

I was recently contacted by Study.com about a free guide they produced to help formerly incarcerated adults overcome obstacles and provide resources to help them seek education or... 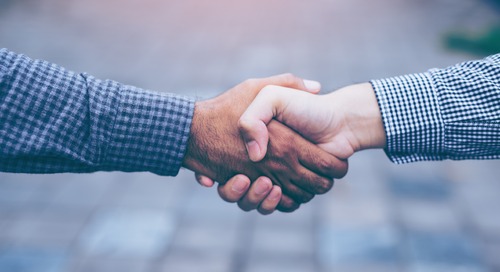 [Free Resources] The Role of Mentoring in Reentry

Learn about two free resources that will help you support fathers in re-entry beyond a fatherhood curriculum itself; one of the most important being mentoring. 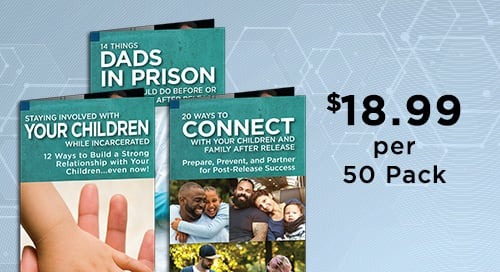 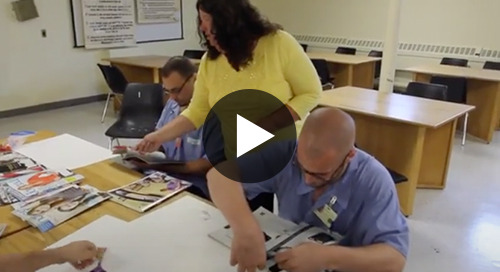 What's is look like to parent from prison? This video reveals the real issues facing fathers in prison and what can be done to help. 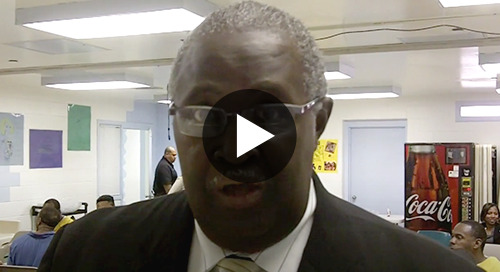 In this video, see how InsideOut Dad® is helping teach men to be better husbands and dads and connect to their families. 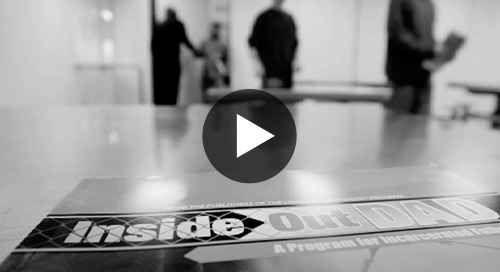 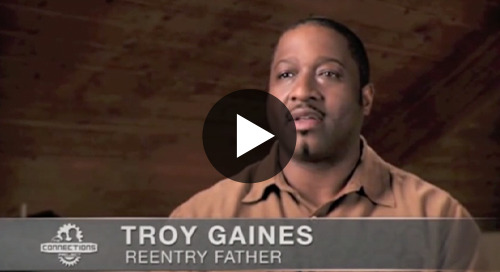 Watch Troy's story for an example of how badly a child needs a good example of a father in his life. 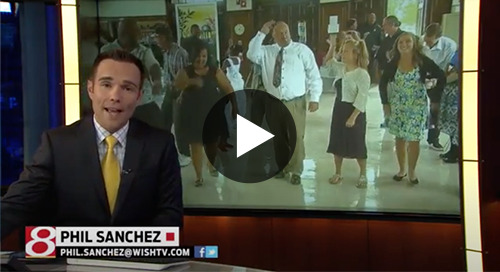 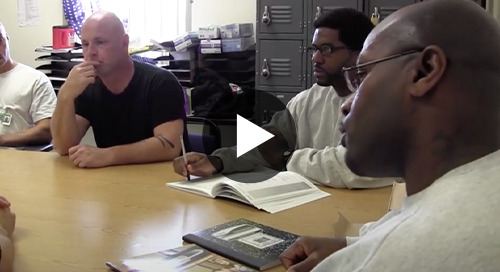 InsideOut Dad® is the program offered at male prisons in Washington state. 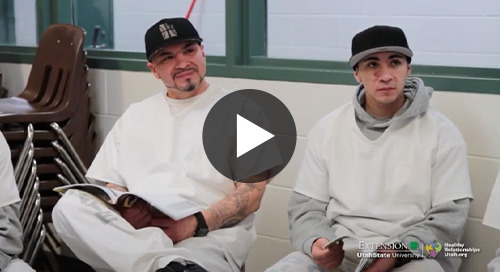 Father and Son Taz and Tani discuss learning to be better dads behind bars together, and improving their own relationship. 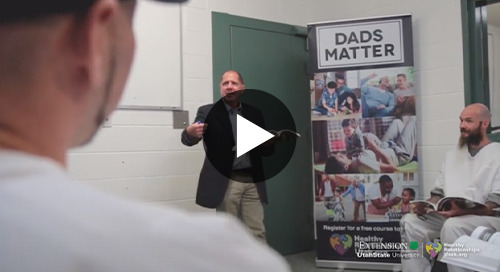 The fatherhood program helps fathers work on themselves to learn they can be a great father and how to have better relationships all around. 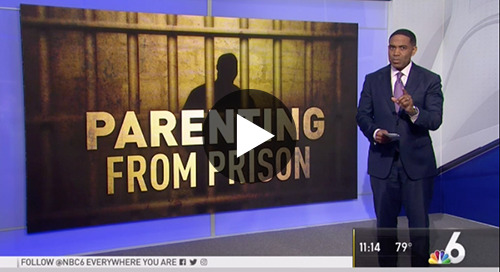 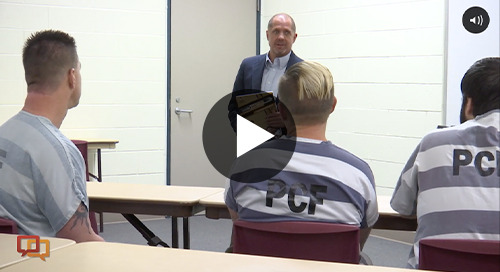 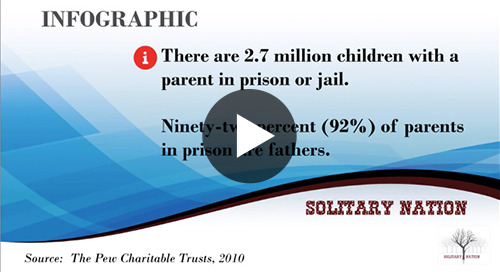 Fathers in Prison: Learning to Parent Behind Bars